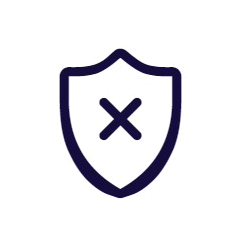 Driving under the influence of drugs and/or alcohol is a very serious criminal offense and often results in jail time and high fines. Getting arrested for a DUI is the beginning of a very arduous process that involves hours spent stressing over fines and possible jail time…Read More

Have you ever been convicted or accused of theft, burglary or receiving stolen goods? It is a very heavy charge, however most first time cases involve good citizens who are deserving of a second chance. Being convicted of theft can stain your permanent record and make it harder to find employment as it is considered a crime of moral turpitude…Read More

Drug offenses are serious crimes in California. Without proper legal representation, you may be facing jail time and a criminal record that will affect the rest of your life. Having a criminal record with a drug conviction can hinder your employment goals and may even intrude into your personal life…Read More

Family violence is an extremely serious offense that affects everyone involved–including children. Family violence includes domestic violence, spousal abuse, with or without injury, child abuse or endangerment, elder abuse and even false imprisonment. Getting hit with family violence charges in California…Read More

Sex crimes are extremely complex and defending those who have been charged with a sex crime is risky. The prosecution portrays the defendant badly and there is often pressure from the media to give an alleged sex offender harsh sentencing…Read More

Violent crimes in California are punished and often come with a lengthy jail or prison sentence and can be a “strike” offense. They may include the use of weapon, great bodily injury (GBI), criminal threat, battery with serious injury, assault with a deadly weapon, and many others…Read More

White collar crimes are nonviolent crimes that occurred as a result of someone’s desire for monetary gain. Most white-collar crime cases do not involve violence however they generally include some for of fraud and may include business officials and government employees…Read More

Cleaning your record is something you may want to consider if you have previously been convicted of a crime. The most common way to do this is what is commonly called an “expungement.” However, in California the actual process is done by filing motions with the court and if necessary supporting documentation prior to the court hearing arguments on the matter…Read More